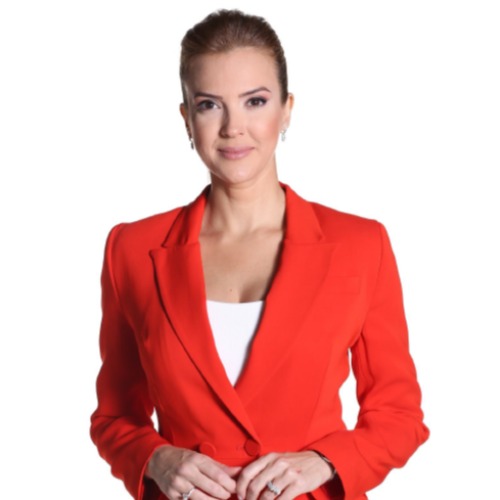 She began her career in TV in 2006, working as a sports presenter at Haberturk TV. In 2011, she began presenting the night-time news.

In 2013, she moved on to Show TV and began presenting her own show, “Simge ile Yeni Bir Gün.”

In 2015, she began working at NTV. She presented several news shows such as Günün Icinden, Gece Bülteni, Ögle Bülteni as well as Bana Söz Ver and Baska Bi’ Kafa.

She has a degree in Sociology from Istanbul University.