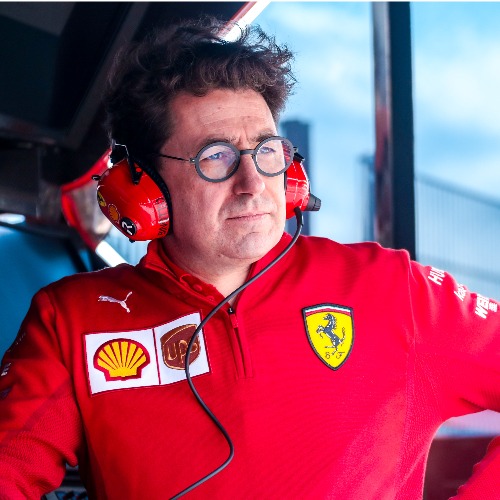 Scuderia Ferrari, Principal of the Team

Having graduated in Mechanical Engineering, Mattia obtained a Master in Motor Vehicle Engineering in Modena.

In 1995, he joined the Scuderia Ferrari test team as a Test Engine Engineer and fulfilled the same role with the team from 1997 to 2003.

Having been appointed Deputy Director, Engine and Electronics in 2013, Binotto subsequently took on the role of Chief Operating Office, Power Unit before being appointed Chief Technical Officer of Scuderia Ferrari.

Since January 2019, he has taken on the role ofTeam Principal of the team.