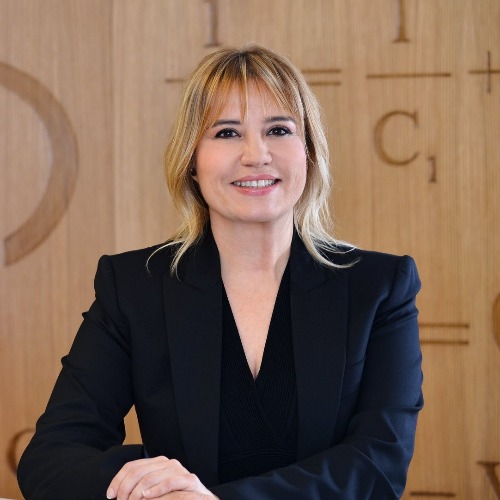 Aysegul İldeniz is a pioneer in innovation, technology transformation and future vision in Silicon Valley and Istanbul, Turkey. Ildeniz holds a degree in Business Administration from Bosphorus University and a Masters in Electronic Communications Arts from San Francisco State University, California.

Ildeniz joined publicly-traded smart energy company which has over 26 million users and over half of the respective market Silver Spring Networks in 2016 as the COO. Ildeniz then lead and applied smart city programs in cities including Chicago, Singapore, Paris, Copenhagen and Dubai. Ildeniz still serves as a board member for Eczacıbaşı Topluluğu, Vestel A.S and Zorlu Enerji A.S.

She was selected IT Woman of the Year in 2004; Woman Executive of the Year in 2006 by Dünya newspaper. In 2015, she was listed as one of the top 100 most creative person in business by Fast Company magazine. She also is awarded as the third most influential Turkish-American woman by Turks of America magazine. Currently, she is the chair of TUSIAD Silico Valley Network and serves on the board of Turkish Philanthropy Funds.