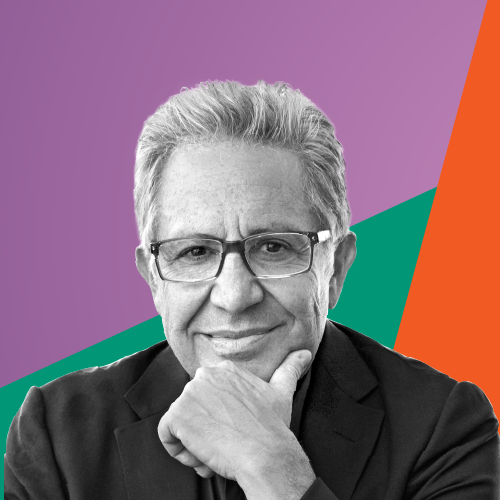 Ömer Zülfü Livaneli, born in 1946, is a best- selling Turkish author and poet who is considered one of the most significant and influential authors and intellectuals of his time. His book have won numerous literary awards, both in his home country and abroad. Although his books are viewed as highly literary, Livaneli is considered the most selling contemporary author of Turkey today.

Livaneli is known for his novels that interweave diverse social and historical backgrounds, figures, and incidents, such as in ‘Bliss’ which won the Barnes & Noble's ‘Discovery of Great New Writers Award’ in 2006, and in his critically acclaimed ‘Serenade for Nadia’, ‘Leyla's House’, and ‘My Brother's Story’, which were all translated into 37 languages and won numerous Turkish and International literary awards, and were highly praised by prominent literary critics around the world. His novels have been turned into theatrical movies, stage plays, and operas.

Livaneli was imprisoned several times during the coup of 1971 because of his political views and had to leave Turkey in 1972 and went on exile. He lived in Stockholm, Paris, Athens, and New York where he met and collaborated with artists and intellectuals such as Elia Kazan, Arthur Miller, James Baldwin, and Peter Ustinov among others. Livaneli returned to Turkey in 1984.

His works and cultural and political activities and contributions to world peace were recognized by UNESCO in 1995 when he was appointed Goodwill Ambassador to UNESCO a post he still holds today. He served a term in the Turkish Parliament as well as in the Council of Europe.

Livaneli is as accomplished as a writer as he is as a poet and a songwriter, cultural and political activist. Although he first became known for his contemporary music, Livaneli turned his focus to writing, in the last decades, when he realized that literature was closer to his heart. His first collection of short stories, 'A Child in Purgatory', published in 1978 was turned into a movie by Swedish and German TV.