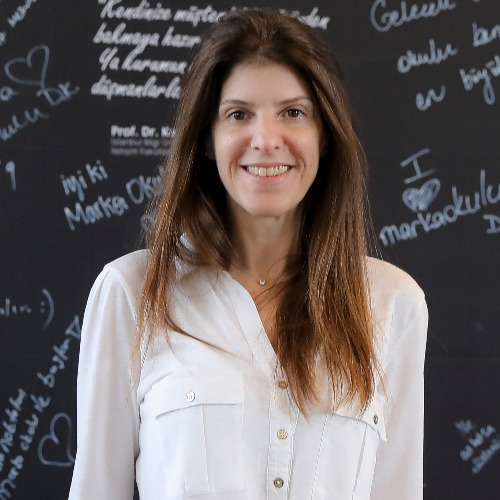 Gresi Sanje conducts academic research on marketing communication and brand at the University and offers consultation and training services to businesses at “Gresi Sanje Danışmanlık”.

At Istanbul Bilgi University, she fulfilled the role of UN Global Principles Agreement Representative in 2010-2014 and the role of Head of Communication Design and Management Department in 2014-2015.

She served as a board member at Ed-Com “European Foundation for Commercial Communications Education” which operates under the umbrella of European Association of Advertisement in 2011-2015 and as chairman of the association in 2015-2017.

She has been fulfilling the role of Assistant Manager at Research and Training Centre for Environment, Energy and Sustainability since 2017, as well as the role of Director at Brand School which is a Marketing Communication Post-Graduate Program co-ran by Istanbul Bilgi University and MediaCat.