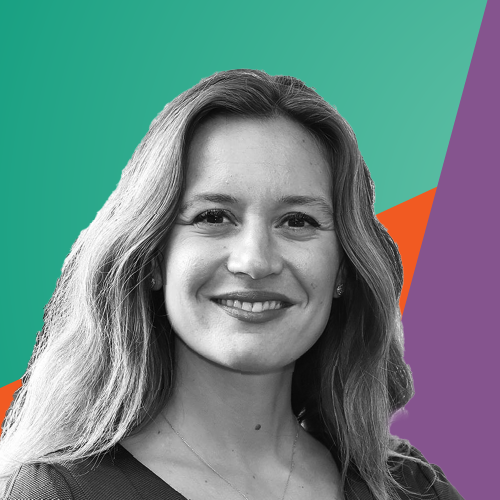 Bağrıaçık started her Francophone education at the age of 11 at Sainte Pulchérie French Secondary School and followed by Saint Benoit French High School. She earned her undergraduate degree in sociology at Galatasaray University and completed her master's degree in economics and sociology of work orientation and graduated from the University of Geneva.

While studying at the university, she participated in United Nations' development indexes of countries, and in the research of making political choices in nursing homes. She started her career in the finance industry, working for Credit Europe.

She went to New York in 2011. As her writings about business life continued, she became the lead of the JP Morgan Foundation’s Turkey project.

In November 2016, she went to France, Paris V Sorbonne University for her doctoral thesis on the socio-economic effects of business models that will reduce poverty. While visiting Dar Es Salaam for her doctoral thesis, Bağrıçak was deeply affected by the situation of the children in an orphanage, and worked on various studies for them. She decided to film documentaries and spread the word about the situation.

Her passion for art started at a very young age. She learned playing the piano at the Müjdat Gezen and acting at Pera Fine Arts. While she enjoys walking and yoga, she is also passionate about animals, especially dogs, and of course morning coffee.